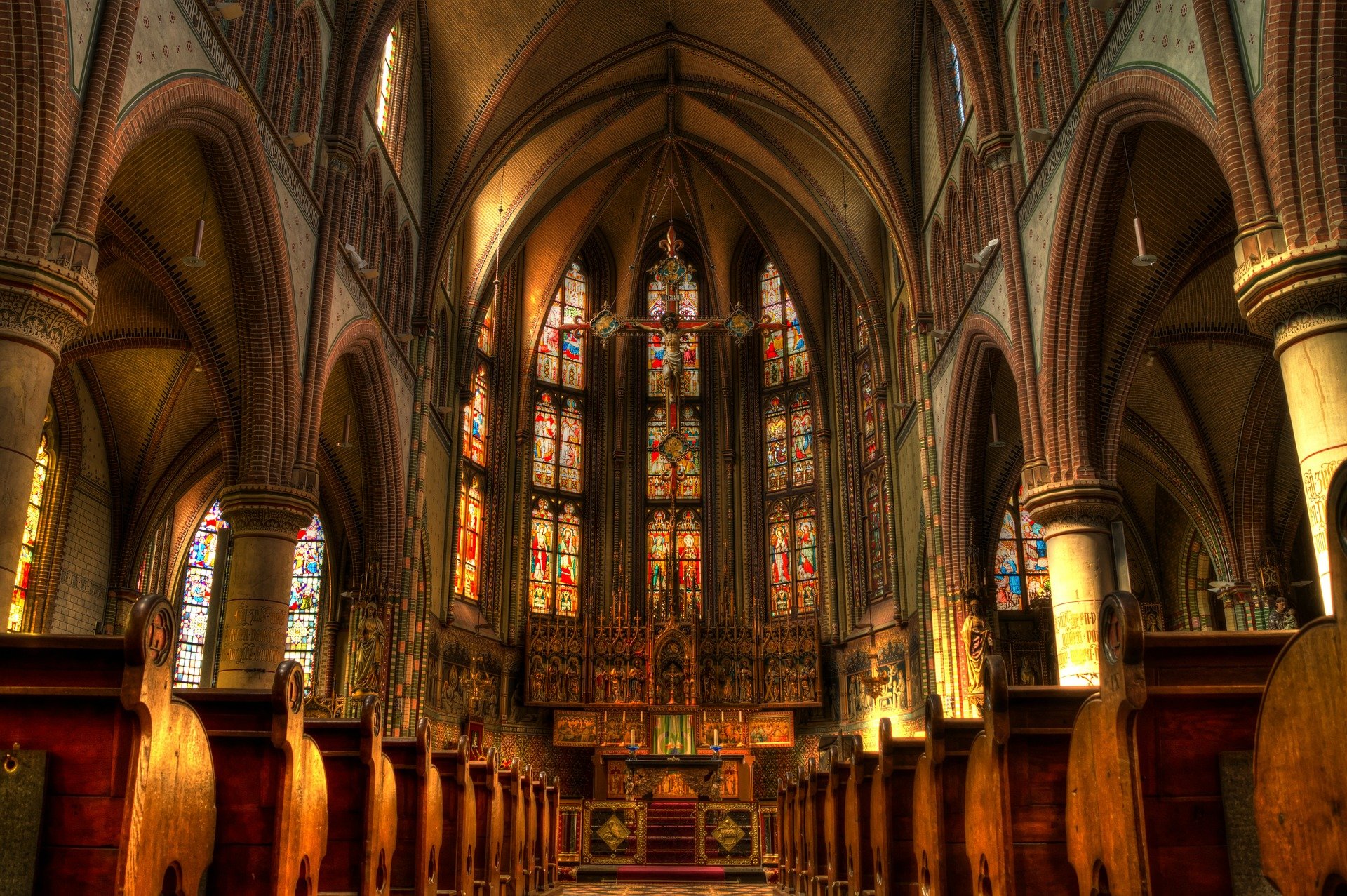 Every church has rituals, regardless of its denomination. Liturgical churches have a planned ritual; non-liturgical churches have a ritual by default. At their best, rituals are figures of the true; at their worst, they are idolatrous. In between, they become dead traditions. The rituals described in the Old Testament were meant to be figures of the true, but degenerated into idolatry. Hebrews 7-10 describes this.

The rituals of the Old Testament were meant to be fulfilled in Christ. Long before they were fulfilled, they had ceased to be merely figures. The Israelites thought that following the rituals was enough. They turned them into a substitutefor the real thing rather than a picture of it. When this happened, they were no longer acceptable to God.

“Hear the word of the LORD, you rulers of Sodom; listen to the law of our God, you people of Gomorrah! ‘The multitude of your sacrifices—what are they to me?’ says the LORD. ‘I have more than enough of burnt offerings, of rams and the fat of fattened animals; I have no pleasure in the blood of bulls and lambs and goats. When you come to appear before me, who has asked this of you, this trampling of my courts? Stop bringing meaningless offerings! Your incense is detestable to me. New Moons, Sabbaths and convocations—I cannot bear your evil assemblies. Your New Moon festivals and your appointed feasts my soul hates. They have become a burden to me; I am weary of bearing them. When you spread out your hands in prayer, I will hide my eyes from you; even if you offer many prayers, I will not listen. Your hands are full of blood; wash and make yourselves clean. Take your evil deeds out of my sight! Stop doing wrong, learn to do right! Seek justice, encourage the oppressed. Defend the cause of the fatherless, plead the case of the widow. Come now, let us reason together,’ says the LORD. ‘Though your sins are like scarlet, they shall be as white as snow; though they are red as crimson, they shall be like wool. If you are willing and obedient, you will eat the best from the land; but if you resist and rebel, you will be devoured by the sword.’ For the mouth of the LORD has spoken” (Isaiah 1:10-20).

Judah and Jerusalemwere acting like Sodom. They performed God’s sacrifices and offerings but then proceeded to do whatever pleased them. They thought their sins did not matter as long as they had the rituals in place.

The bronze serpent Jesus used to explain the gospel to Nicodemus was one of the Old Testament rituals which symbolized a spiritual truth:

The bronze serpent, a symbol of sin and death, also pictured Jesus who was made sin for us. It was a figure of the cross, but it became an idol to the Israelites for seven hundred years until Hezekiah had it destroyed:

“He removed the high places, smashed the sacred stones and cut down the Asherah poles. He broke into pieces the bronze snake Moses had made, for up to that time the Israelites had been burning incense to it. (It was called Nehushtan.)” (2 Kings 18:4).